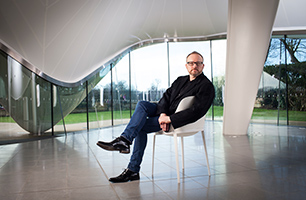 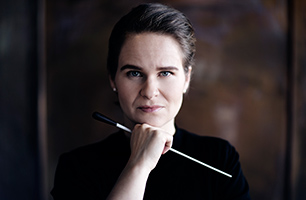 Betsy Jolas (1926-)
bTunes, for piano and orchestra
(commissioned by the BBC and Radio France)

More information
Shuttleservicebooking
During the festival, free shuttles are available. More information on the link below.
Book a shuttle
Symbolic sagas
Barber's Symphony No. 1: melodies turned into saga

Samuel Barber’s Symphony No. 1, Op. 9 unfolds with epic verve. Born in the United States, the musician was studying at the American Academy in Rome when he wrote it in 1936. The Romantic aesthetics is no longer really relevant, but like Sibelius and many others, Barber returns to the pathos of the previous century. He somewhat torments tonality and reconfigures the symphonic form. These relative modernisms were enough to divide the Italian public between enthusiasm and repulsion at the premiere on 13th December 1936.

However, Barber’s Symphony No. 1 has undeniable qualities. Its main originality lies in its structural organisation: conceived as a single movement like Sibelius’s Symphony No. 7, which Barber had closely analysed, it also refers to the traditional model by being divided into four sections. Above all, the three themes presented in the initial Allegro ma non troppo shape the three following sections. The first one becomes a mischievous motif  exchanged between the soloists; the second one is transfigured by a contemplative oboe;  and the third one takes the form of a passacaglia, repeated tirelessly in the lower strings. In a deft conclusion, Barber grafts the two preceding themes onto this passacaglia, into a lush melody with heroic flashes.

Betsy Jolas is an unclassifiable composer who demonstrates an inexhaustible creativity. With her dual nationality, she was already building a bridge between France and the United States. At the age of ninety-six, she is building another bridge across time. Over the past century, Jolas has worked with countless artists and considers herself a living witness to a rich musical history. Her memories, filtered through her inspiration, form the material of bTunes, a work just premiered in London.

The suggestive title refers to the iTunes software. With the “b” of “Betsy”, the “playlist” becomes the musician’s. She brings together “a collection of short pieces written over the years for various pianists, including Nicolas Hodges”, creator of the work and soloist of this performance. To the model of the piano concerto, bTunes associates that of the suite – a “modern suite” in which the brevity of the movements comes from an observation by Jolas that “in recent years, most people’s attention to music has diminished considerably, covering barely ten seconds”. The composite arrangement, inspired by a “playlist”, stems from this new listening practice and thus places the piece at the heart of our contemporaneity.

Like Barber, Jean Sibelius inherited romantic forms and means of expression, which he customised by drawing inspiration from his native Finland. The vast landscapes are reflected in the scale of the proportions and above all, the legendary epics feed the artist’s imagination. These elements endure throughout Sibelius’ career and give singular homogeneity to his catalogue. Tonight, we see a demonstration of this with two compositions from opposite periods of his production.

En Saga is the second of Sibelius’ symphonic works. Composed at the request of the conductor Robert Kajanus, it was rejected by certain musicians, who considered it too convoluted. The orchestra’s director had to impose the piece on them, before it became a permanent part of the repertoire, in its reworked version of 1901. At the time of its composition, in 1892, Sibelius’ creative impulse was stimulated by his first public successes. He travelled a lot, criss-crossed his country to collect traditional songs, and married Aino Järnefelt. The score of En Saga is punctuated by just as many adventures. On each page, the dramatic dimension appears latent, whether in the threat of the strings at the beginning of the piece or in the tempestuous sprays of the tutti, whether by the monotony of the viola solo, the severe ringing of the brass or the fateful nostalgia of the clarinet in the conclusion. All the ingredients of a Finnish myth seem to be represented and yet the composer claims not to have followed a literary programme. The themes therefore develop with unconstrained narrativity. The listeners are free to fill them with meaning if they so desire.

Sibelius’ music has never departed from this dramaturgy. His Symphony No. 7 in C major, Op. 105 remains very graphic. And for good reason, since some of the motifs come from abandoned projects, such as the symphonic poem Kuutar which was to be inspired by a Finnish epic. The earliest sketches date back to 1914, although the writing continued until 1924. After this date, Sibelius began a long period of silence: thirty-three years before his death, Symphony No. 7 is one of his last orchestral pieces. It is also considered as the culmination of his symphonic style: its single movement shows a subtle organicity that would inspire Barber for his Symphony No. 1 a few years later. The melodies swell and subside, constantly tending towards an undetectable horizon. Time seems to expand, the lyricism is lost in infinity, in the manner of the immemorial Nordic sagas.