Thursday 23 March ı 8:00 PM
Galerie Hauser & Wirth
Before
6:30 PM – Talk – Hauser & Wirth Gallery
The 'Before' and 'After' sessions are reserved for concert ticket holders only 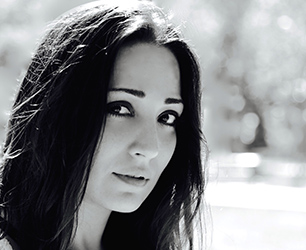 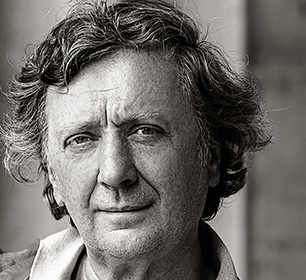 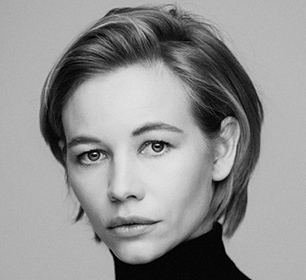 In a double recital punctuated by readings of Anna Akhmatova’s poems by Jean-Yves Clément, Varduhi Yeritsyan presents the complete Ten Piano Sonatas by Alexander Scriabin, a vast journey leading to the exalted climax of the Tenth Sonata.

More information
Shuttleservicebooking
During the festival, free shuttles are available. More information on the link below.
Book a shuttle
The Way to Ecstasy

Art is just a means to get drunk, a marvellous wine.
(Alexander Scriabin)

Mortals, I shall teach you
The mysteries of celestial harmonies
May the hymns and gloria
Resound on the sun’s lyre!
(Alexander Scriabin, Prefatory Action)

Alexander Scriabin’s life was exclusively dedicated to completing his oeuvre, and the latter was meant to testify to a spiritual progress towards a goal embodied by “The Mystery”, a form of ritual and universal initiatory show situated beyond music (which was never created). It was a fantastical quest for the regeneration of humanity for which art was to be the ideal messenger. Music was for him the door to the divine and to this new world, and ecstasy, Scriabin’s key word, the underlying fluid in all his pages, the way to get there.

This singular spirituality is mainly expressed through his ten piano sonatas, written over a period of twenty years, from 1892 to 1913, until two years before his death. They are the main thread and the reason for his production, the series of milestones by which each sonata marks the path accomplished. And whatever the often extraordinary successes of his preludes, poems, mazurkas and other studies, they must be analysed in relation to the sonatas that crown their expression.

Sonata No. 1 in F minor, Op. 6, marks Scriabin’s emancipation from the Moscow Conservatory, which he left bitterly in 1892, his gifts as a composer not being recognized. He felt alienated from the prevailing Russian nationalism, unlike his fellow student Rachmaninoff. This sonata heralds a period of depression to which Scriabin testifies: “The most serious event in my life: worries with my hand. What an obstacle to my supreme goal, glory, fame!” Like Schumann, also the victim of a “providential” hand accident, it is the event which confirms him in his vocation of composer.

This vocation asserts itself in this breathless and moving piece (a sumptuous Adagio), which right from its vigorous initial Allegro con fuoco shows the influence of the German composer – in particular his Sonata No. 3 in F minor, Op. 14. In four movements, it closes with a poignant funeral march, reminiscent of the finale of Tchaikovsky’s Symphony No. 6 “Pathétique”. This proves that Scriabin was more than the feverish emulator of Chopin he is often said to be!

Sonata-Fantasy No. 2 in G sharp minor, Op. 19, written between 1895 and 1897, inaugurates a new aesthetics and a new poetry, as if immaterial, unified around two brief movements. Apart from Sonata No. 3, which remains in a classical form, it initiates the series of forthcoming Sonatas to come, created in one go. Density combined with intensity – to the point of musical aphorism – would forever be the hallmark of Scriabin’s art.

The initial Andante begins in a questioning manner before exposing a sinuous theme that gradually seems to emerge from the waves, unfolding its sumptuous arabesques with enchanting grace. The concluding Presto spins like a perpetual motion, returning to the abyss from which the sonata began. A new piano was born.

Although Scriabin’s 1897 Sonata No. 3 in F sharp minor, with its four movements, marks a sort of formal return to the past, it is also the culmination of the composer’s first period. Conquering and exalted, Wagnerian in its thickness and sense of grandeur, it makes use of unifying leitmotiv lines. Its feverishness seems to hark back to the influence of Schumann – his Sonata No. 1 in F sharp minor, Op. 11 – to his calls and conquering rhythms, including in the sublime central Doloroso, with its ecstatic tenderness. Each sonata in its own way would henceforth follow this “spiritual pattern” of desire, flight, ecstasy and transfiguration.

Sonata No. 4 in F sharp major, Op. 30, written between 1901 and 1903, marks the turning point in Scriabin’s aesthetics. It describes “the exalted race of man towards his star, the symbol of happiness”. After a vaporous Andante with Wagnerian chords and magical volutes, a bouncy Prestissimo volando follows, representing the flight of thought towards ecstasy, till the explosion of the initial theme into a glorious solar hymn. Scriabin reaches a peak in the concept of “intoxication”, as Nietzsche had defined it twenty years earlier as a condition of art.

The same “intoxication” would guide the masterpiece Sonata No. 5 in F sharp major, Op. 53, written in 1907, the apotheosis of Scriabin’s “first period “. At the time, the composer was steeped in various philosophies which permeate his composition. Driven by a powerful yet unheard energetic sweep, it begins and ends with a stroke from the magma (Allegro impetuoso, con stravaganza), a brutal inflammation of space, a new gesture in the history of the piano. A motif in the form of a whimsical dance launches the work, in a great exaltation, alternating intense fury and deleterious languor. The interweaving of themes reaches a climactic frenzy, while the music sinks into unfathomable chasms. But the exultant light prevails, flamboyant, until the radiant recapitulation (con luminosità then estatico).

After this peak, Scriabin’s sonata body of work enters into a new world, made of very complex writing, both polyrhythmic and polyphonic. The last five sonatas were composed in only three years, between 1911 and 1913, testifying to the prodigious acceleration of Scriabin’s creativity.

Sonatas No. 6 Op. 62 and 7 Op. 64, dated 1911-1912, form a kind of “mystical couple”, the 6th unfolding a very dark universe, obsessive, static and frightening, a “surge of terror” reminiscent of Ravel’s Scarbo in 1908. A piece of splendid and poisonous lyricism, streaked with lightning and demonic impulses, it ends in a short trance.

Sonata No. 7 is inhabited by this trance from the very beginning, almost suffocating with various intentions (“lightning”, “dazzling vertigo”), which alternates terrible shocks and morbid languor, hysterical frenzy and cosmic joy… Titled “White Mass” by Scriabin, it expresses in his own words,“a mystical feeling and a total absence of any emotional lyricism”…

Sonatas No. 8 op. 66 and 9 op. 68, composed around 1913, are two very different objects, albeit contemporary. Sonata No. 8 seems the most “abstract”, less “possessed” than the previous ones, steeped in constant bliss. Its harmonies, sometimes close to Debussy, are in Scriabin’s words “bridges between harmony and geometry, the visible and the invisible”. Without any real dramatic development, this score reveals the “magician” Scriabin at his best as he never ceases to practice a kind of continuous sonic spell on his listeners.

In contrast, Sonata No. 9 is strangely reminiscent of a certain fantastic romanticism and its Mephistophelian figures. Dubbed the “Black Mass“, and described by its composer as a “musical nightmare“, it progresses like a growing march filled with demonic visions, conveyed by so many motifs of trills or repeated notes, underpinned by the incessant diabolical tritone, until the fire breaks out – and the bad dream dissipates in a puff of smoke.

The final Sonata No. 10, Op. 70 is the crowning achievement of the last five works, an explosion of light conveying the dissolution of space as well as time. It is wholly pacified, and symbolises musical pantheism,mostly expressed through trills which become ever more extravagant and profuse until they reach a delirious climax.  “With joyful exaltation”, it is a hymn to creation and to the cosmos, and at the same time a glorification of silence. Scriabin did reach his ecstasy.