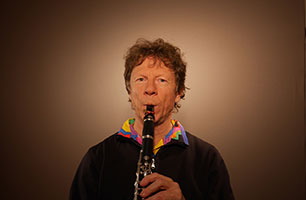 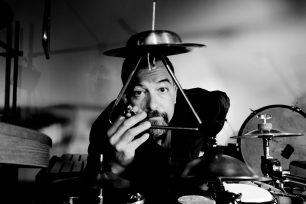 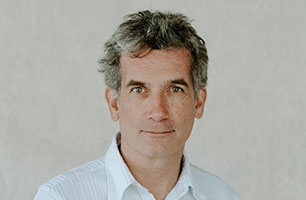 This singular cine-concert follows in the steps of the French surrealists and ventures across the Atlantic with the pioneers of experimental animation. It is accompanied by the zany instrumentarium of Trio Énéide, between written contemporary music and joyful generative improvisations.

More information
Shuttleservicebooking
During the festival, free shuttles are available. More information on the link below.
Book a shuttle
Surrealist cine-concert

Something surrealism has in common with the baroque is that it refers both to a historical period and a state of mind. Historically, the baroque was born at the end of the 16th century in Italy, and surrealism in the 1920s in Paris. In terms of spirit, baroque encompasses what is bizarre, extravagant and irregular; and surrealism means what is crazy, unpredictable and challenges reasonable logic.

Our project of cine-concert consists in presenting not only films that belong directly to the period of surrealism, but also works from earlier or later times, which looked to us to be indisputably surrealist in spirit. As a result, our program includes works dating from 1906 to 2023.

But what exactly is surrealism? In common French parlance, talking about a surrealistic situation is not particularly positive. It often means that it is incomprehensible or absurd, or even morally objectionable or plainly unacceptable. And the verdict is heard: “It’s beyond comprehension!” And indeed, what is “beyond comprehension” could be a doorway towards the surrealist mind. But, of course, it isn’t enough. Surrealism also means dream in command, the absence of control of reason, free-flowing thought liberated from moral or esthetic constraints — Surrealism is just endless to circumscribe.

So, let us ask God instead of the saints and have André Breton’s take on it. The first film in our program being L’Alchimiste Parafaragamus by Georges Méliès, let’s listen to Breton: “Surrealist investigations present a remarkable similarity in purpose with alchemical searches: the philosophical stone is nothing else than what should allow human imagination to brilliantly prevail over all things.”  Could surrealism therefore be the brilliant revenge of imagination over matter?

As we see, the spirit of surrealism is fleeting, it is as much action as reaction, as much construction as destruction, and certainly not as illogical as we are most often led to believe. But one element which is profoundly essential to surrealism is absolute freedom, and if possible combined with a fair amount of subversion. Other than this non-negotiable freedom, we have chosen two major criteria as paramount to select the films in our program: a non linear narration – or total absence of narration – and a treatment of time which challenges the laws of common sense. This explains why none of the films we are presenting can be summed up in a few sentences. Indeed, they are fewer stories to follow than physical or spiritual experiences to live.

Our program alternates between European and North-American works to reflect the fact that surrealism, although born in Paris, very quickly spread to the United States. As early as 1939, André Breton, Max Ernst and Man Ray – originally an American – boarded a liner in Marseille towards New York, where they completely changed the American art scene. However, it should be said that a surrealist trend had already developed in American art since 1930, represented by the major figure of Joseph Cornell and the more elusive Mary Ellen Bute. In this cine-concert, we’ll therefore present films by these two artists together with the unmissable Man Ray, and the Canadian Norman McLaren, a pioneer of animation film.

We also welcome Belgian surrealism, whose importance is self-evident, with a film we particularly hold dear, M. Fantômas by Ernst Moerman, a jewel of impertinence and inventiveness, steeped in radian amateurism.

The more recent works in the program will show that the spirit of surrealism is just as vigorous today, with more or less underground films such as the hypnotic Necrology by Standish D. Lawder or the terrifying Tx-transform by the Austrian Virgil Widrich, a wizard film within a film, as well as a minute of ultimate mystery signed by the famous David Lynch. Will also be added a few surprise first screenings.

All this demonstrates that the surrealist adventure, “a relentless attitude of rebellion and challenge” (André Breton), openly aimed at “changing the world” (Arthur Rimbaud), is never over! Our quartet is definitely attuned to this spirit of joyful freedom, venturing along narrow paths at the edge of contemporary written music and generative improvisations, between traditional instruments and wild instrument making. The listing of our motley pool of  instruments is proof enough: a bass clarinet, an electric guitar, a duduk, a theremin, an electronic oboe, salad bowls, a pink pig – and we don’t even tell you everything.