6:30 PM – Talk – One Monte-Carlo, Amphitheatre
The 'Before' and 'After' sessions are reserved for concert ticket holders only

“Gabriel Fauré, member of the French Society of Music” with Irène Mejia, musicologist and Bruno Mantovani, artistic director of the festival moderated by Tristan Labouret, musicologist 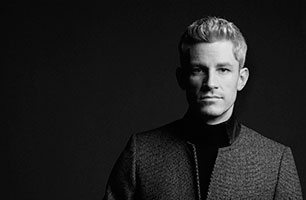 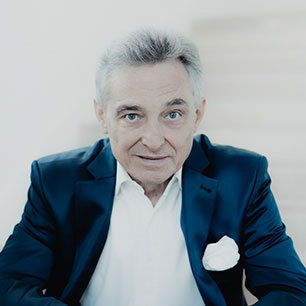 10:30 PM – After – Hôtel Hermitage, Crystal Bar
The 'Before' and 'After' sessions are reserved for concert ticket holders only

More information
Shuttleservicebooking
During the festival, free shuttles are available. More information on the link below.
Book a shuttle
French melody vs Lied

“Here is how I would personally define the French melody: as the (singing) space for celebration of the cultured French language.” (Roland Barthes, The responsibility of forms: critical essays on music, art, and representation)

The golden age of French melody developed in response to the 1871 defeat, experienced as in both military and cultural humiliation. In the music sphere, French composers set out to differentiate themselves from German composers, and especially from the lied, by laying the basis for a new form of musical expression: the French melody. In order to build on solid foundations, this endeavour was given institutional support from musical societies initiated by Camille Saint-Saëns, with the participation of Gabriel Fauré, César Franck and Henri Duparc, among others. As a banner for this movement, the phrase Ars Gallica, “Gallic art”, referred to historically “French” art. Music now had to be conceived by and for a high society of knowledgeable music lovers. New relationships developed between composers and poets towards a celebration of the French language. Fauré set Verlaine’s La Bonne chanson to music in 1892, Duparc took up La Vie antérieure by Baudelaire in 1884, and Franck composed his Nocturne that same year on a poem by the French art historian Louis de Fourcaud. Aiming to distance themselves from an amateur practice of music, the popular simplicity of ditties or lyrics with refrains was shunned by the creators of these melodies. They exemplified a gradual complexification of language in the musicalization of verses as much as in the harmonic choices that governed it. Melodies such as “La Vague et la cloche” by Duparc or “J’allais par les chemins perfides” (in La Bonne chanson) by Fauré thus rest upon harmonic language delineated by gliding accompanying lines, which creates an intriguing sense of instability and dissonance for the listener.

The wish for Revenge that the French melody is connected to can only be understood by fully acknowledging the paramount position of the lied during that century of Romanticism.  Just like its French counterpart, the lied also embodies all the political urges. Indeed, in the 19th century, Germany didn’t exist as a unified nation but as a land with unstable borders. A paradox coming out of being broken up was that in a multicultural nation in the making, the notion of Germanness was perceived a a coherent force. This concept was borrowed from Johann Gottfried Herder who thought he could forge a German identity first around a common language and then around a common narrative, a common culture and common traditions. This national sentiment became political as an anti-French model rejecting the invasion of Revolutionary France and then tyranny of the Napoleonic regime. Germany then gradually rose as a nation built by culture and not by the State.

Among the main figures in this artistic trend, composers and writers are now cast as leading guides and extend their influence on a political level. As would again be the case in France half a century later, the rise of national awareness is made possible by the emergence of an high culture sustained by an enlightened bourgeois elite. This goes hand in hand with a search for the “national genius” elevating Goethe and Beethoven to a pinnacle as emblematic and above all rallying figures around that feeling of cultural Germanness. Although his letters to Goethe remained  unanswered, Schubert nevertheless made use of his poems for the phantasmagoric Erlkönig in 1815, which came after the inaugural Gretchen am Spinnrade. Schubert also drew from other contemporary German poets, such as Franz von Schober (Am Bach im Frühling) or Heinrich Heine (Schwanengesang), always driven by a will to reach an ultimate Germanic expression. Although Schubert’s first works inherited the dramatic intensity of melodrama, they are above all marked by the “popular tone” or Volkston, which sill is a touchstone of national rooting. The apparent simplicity of some lieder (Das Fischermädchen or Die Taubenpost) are thus reminiscent of age-old ditties anchored in the Germanic collective memory. The candidness in their writing coexists with solid narrative stakes – for instance, the essentially epic dimension of the kidnapping in Erlkönig, rendered by the imagery of the nightly horse ride expressed on the piano but also through extreme vocal expressiveness that transfixes the listener hearing the child’s distress as he implores his father.

The quest carried out in the making of the lied and the French melody is thus quite similar – that of an esthetic ideal that would not only be the embodiment but the matrix of a national effort deployed in the world of arts. From these encounters between music and poetry across the century, masterpieces have emerged.