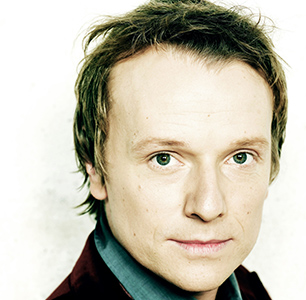 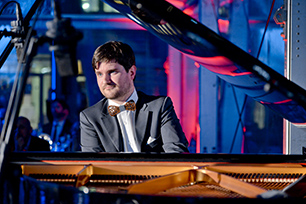 Carried by the improvisations of the pianist Camille Taver, Laurent Stocker reads large excerpts from Rimbaud le fils, a book by Pierre Michon in which the author explores and freely “plays” on the poet’s life and art.

More information
Shuttleservicebooking
During the festival, free shuttles are available. More information on the link below.
Book a shuttle
Inventing Rimbaud (in three voices)

Pierre Michon, Laurent Stocker, Camille Taver – three voices to let us hear Arthur Rimbaud, to perform him, to invent him.

Camille Taver improvises on the piano, alternating with Laurent Stocker’s reading of excerpts from Rimbaud le fils, a book by Pierre Michon published in 1991. Three voices to get “the hermeneutic carousel” spinning, what Michon describes as this “mill of interpretation” that started shortly after Rimbaud’s death and keeps turning our heads. And the piano is all the more welcome here that interpretation, as far as Rimbaud is concerned, is a matter of music as much as meaning.

Rimbaud le fils was published in the collection “L’Un et l’autre”, founded in 1989 by the psychoanalyst Jean-Bertrand Pontalis. In this project, each author was free to present the life of an “other” — a singular personality, famous or less so – not as a historian concerned with factual accuracy, but as a writer owning up to his subjectivity. Such was the goal of this collection: “Lives, but as memory invents them, as our imagination recreates them, as a passion animates them. Subjective stories, a world away from traditional biography.” This type of narrative is sometimes referred to as “biographical fictions”.

In Rimbaud le fils, Michon doesn’t shy away from inventing his Rimbaud. It doesn’t mean that he scorns scholarly documentation, quite the contrary. On Rimbaud, the “Vulgate”, as Michon calls it, has already produced thousands of pages that cannot be ignored. But scholarly knowledge doesn’t know everything. And in the blanks of the biography, in the margins of uncertainty left by literary history, in the contradictions of a soul which didn’t yield all its secrets, the imagination can roam free. Besides, didn’t the first interpreters of Rimbaud already “invent” him by building his legend? As Michon says, any author or critic fascinated by this work – even André Breton, even Paul Claudel – happens to call the figment of his imagination “Arthur Rimbaud”,  thereby naming “the fantasy world beyond his own person”. In Rimbaud le fils, Michon can therefore write “maybe…”, “I want to believe…”, “I am sure…” without restraint. He seizes the right to put forth hypotheses, to confess doubts, or to fill in the holes left by the Vulgate. And it is by saying “I” that he is – maybe – able to encounter the other, this Rimbaud who claimed that “I is another”.

We are familiar with the photograph of Rimbaud by Carjat, but we don’t know much about the circumstances in which this legendary picture was taken. Michon freely imagines the scene, and through writing conjures a particular October light which gives this literary portrait astonishing poetic force. The reasons that led Rimbaud to give up poetry are still debated. Michon is free to suppose “that maybe he stopped writing because he couldn’t become the son of his works, that is to say, accept to be fathered by them”. On the other hand, if Rimbaud remained until the end a “son”, it is as son to an absent father – the “Captain” who left his family, like Michon’s own father – and  above all to his mother Vitalie. Between Rimbaud and his mother, we usually only see revolt and rupture. But the truth (according to Michon) is that this woman, dark as a bottomless pit, never stopped haunting the poet’s abyss. Wasn’t the constant presence of that “inner mother” in him fundamental for Rimbaud to try and embody poetry in such an absolute way? In that case, the author of  “Le bateau ivre” is her!

Also, Rimbaud’s biographers and commentators, focused on the details of a life, end up forgetting the music of the work. So it’s up to the writer, through his own power of invention, to let us hear what Michon calls “this noise echoing in Rimbaud”, the music proper to the poet. The critical tradition has it that Théodore de Banville immediately heard in the poems Rimbaud sent him “the great organs of a Te Deum“. But we must admit with Michon that – maybe, always maybe – “this music is not so obvious”. Then, how can its charm and ambiguity be passed on? How can it be performed in the present time? Michon is not a poet; he has only ever written prose. His previous books  – Life of Joseph Roulin, centred on Van Gogh, in 1988, Masters and servants, on Goya, Watteau and Piero della Francesca, in 1989 – seemed to indicate that he was more interested in painting than in music. But if he doesn’t make music his theme, it vibrates at the very heart of his prose, which grabs the reader with its chanting rhythm and sound texture. Hearing Michon read aloud verses by great poets leaves no doubt as to his intelligence of music. Likewise, hearing him read Rimbaud le fils aloud lets us capture through the “noise” in his prose some of the “noise echoing in Rimbaud” – or maybe?