6:30 PM – Lecture – Musée océanographique
The 'Before' and 'After' sessions are reserved for concert ticket holders only

“The violin in the 18th century: between Apollo and Dionysus”
by Fabien Roussel, violinist 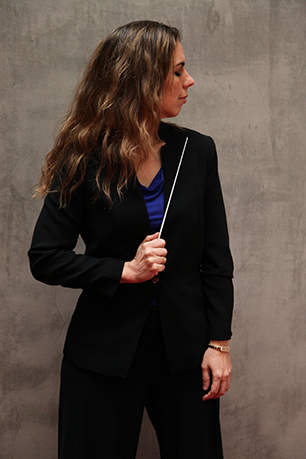 10:30 PM – After – Hôtel Hermitage, Crystal Bar
The 'Before' and 'After' sessions are reserved for concert ticket holders only

La Diane française and its violinist-conductor Stéphanie-Marie Degand return to the baroque era of the birth of the orchestra and the violin concerto, mixing the French taste, its sonorous power and massive effects, with the innovative and spectacular Italian virtuosity.

More information
Shuttleservicebooking
During the festival, free shuttles are available. More information on the link below.
Book a shuttle
French dances and Italian virtuosity

The birth of a full-fledged orchestra – that stepped beyond a purely utilitarian rôle of accompaniment of song or dance to develop its own musical discourse, happened almost simultaneously in France and in Italy at the end of the 17th century, although in an independent and different way in each country. In France, it came from royal institutions such as the 24 Violons du Roy (an ensemble with essentially ceremonial functions) or the Académie royale de musique (forerunner of the Paris Opéra), both strongly marked at the beginning of the reign of Louis XIV by the personality  of Jean-Baptiste Lully (1632-1687). The two violinists François Rebel and François Francoeur, who authored the opera Scanderberg in 1735, then occupied positions in these two institutions. The French orchestral taste, coming from a long tradition of Court dancing, frequently rests on massive sound effects that display the power and energy attracted to the image of power. This type of French overture in two parts – slow and vivacious – as found in Scanderberg, is one emblematic trait of this esthetics.

In Italy, on the other hand, orchestral music mostly developed from the experiments of Arcangelo Corelli (1653-1713), in Rome, evolving in particular into the concerto grosso, a genre which superimposes a “little concert” (concertino) formed by a small number of soloists on the “large concert” (concerto grosso) of the orchestra at large. This genre is illustrated by the pieces by Francesco Geminiani, Antonio Vivaldi and Pietro Locatelli played today. The orchestra is thought less as a compact mass than a place of dialogue between two contrasting entities.

The very different role played by the violin in the French and Italian musical cultures also partly explains the differences in style. Around 1700, the violin was still viewed in France as a slightly rustic instrument for dance masters – good to play in a band but unfit for solo playing – whereas, in Italy, it has already long developed a solo voice and even a virtuosity of its own. Corelli was the one who finally ennobled the violin by codifying a specific idiom, inspired from the singing tradition but also from its own virtuosity, and inserted it into architecturally robust structures.

The twelfth and last sonata in the collection, La Follia, is a kind of crowning jewel as a series of variations on a well-known base, By transforming it into a concerto grosso (published in1729), Geminiani, a direct student of Corelli, amplified its typical violinistic effects – “motoric” arpeggios, resonant double strings, opposing articulations – spread out and multiplying them in space. The acoustic effects thus obtained by the orchestra may remind the modern listener of music by Steve Reich or Philip Glass, or visual experiments by Vasarely. These acoustic effects were also part of the musical material of the Concerto in E minor for fours violins by Antonio Vivaldi published in 1711, and in particular its stunning central larghetto where various articulations of the same arpeggio are superimposed. Of course, Johann Sebastian Bach was highly interested in these innovations, with an organ player’s sensitivity to the ring and mix of timbres and articulations in space. The sonic texture of his Concerto for Two Violins in D minor (composed between 1717 and 1723) is fascinating, with its lines coming to life, dispersing and reassembling sometimes in spectacular climactic moments, particularly in the last movement.

What another student of Corelli’s, Locatelli, underlines in his Concerto in E-flat major (published in 1741) is the expressive vocality and dramatic theatricality of the genre. The very isolation of the soloists, particularly the first violin, recalls the loneliness of the abandoned Ariadne, and the “grand concert” seems positioned here as the chorus in a Greek tragedy, while the chromatic writing covers all the whole traditional baroque scale of afflictions.

Picking up on Corelli’s innovations in the 1720s, Vivaldi brilliantly develops the genre of the concerto for one violin, encouraging an ever greater soloistic virtuosity. In this tradition belongs the Concerto in B Major (1737) by Jean-Marie Leclair, a French violinist trained by Giovanni Battista Somis, himself a student of Corelli’s and Vivaldi’s. As always with Leclair, extreme virtuosity does not preclude elegance, writing finesse, and balance of form, showing an influence of his initial training as a dance master as well as a certain “French taste”.