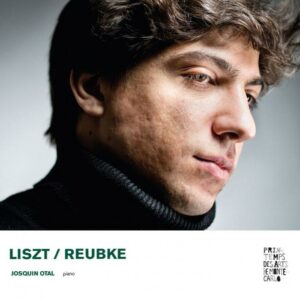 After his débuts in Lyon and Marseille, pianist Josquin Otal (b. 1992), nominated “Classical Revelation of the year” by France’s ADAMI in 2015, went on to study with great masters, in Paris and Brussels. Focused and controlled, his playing dances and inspires in the Romantic repertoire. For his first solo album, he has chosen to present two pillars of 19th century piano music – Liszt’s great Sonata in B minor, completed in 1853, and the Sonata of his pupil Julius Reubke (1834-1858), written in 1857. Josquin Otal gives magnificent renditions of both works, bringing out the aspects common to both master and pupil as well as the very different characteristics that set them apart from each other.