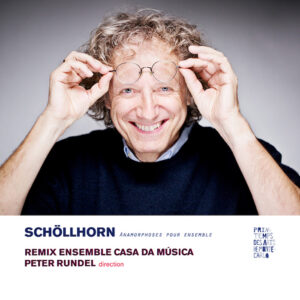 The Anamorphoses series, by Johannes Schöllhorn, deals brilliantly with the question of referring to a historical model in the process of contemporary composition. The model in question is that of the twenty-two Fugues of Bach’s Art of Fugue. Schöllhorn made generous use of them between 2001 and 2004, when starting on a series of Anamorphoses (literally “transformations”). In 2010, the Remix Ensemble (from Porto) expressed support for his approach by commissioning new episodes in the series and working very closely with the German composer. The compositions prove that using existing works as a starting point can stimulate great creativity – provided they are inspiring!