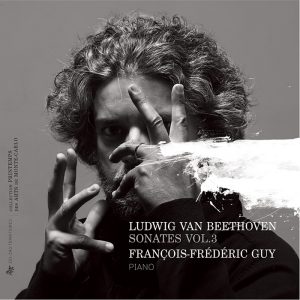 This set is the third and last volume of François-Frédéric Guy’s complete recording of the Beethoven sonatas. In addition to the first three (op.2), it contains the late sonatas, including the celebrated ‘Hammerklavier’. This sonata is not only one of the cornerstones of the cycle, but also a key work in François-Frédéric Guy’s personal musical trajectory; this is the third time he has recorded it. François-Frédéric Guy chose to record the entire series live, in the course of a series of concerts at the Arsenal de Metz, France. He firmly believes that this method, in direct contact with an audience, is the best way to represent his relationship with the sonatas and the interpretation of them he wishes to project. 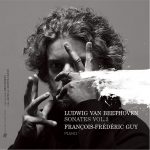