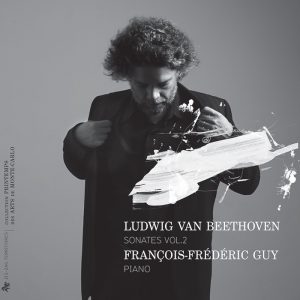 Beethoven has always lain at the heart of François-Frédéric Guy’s musical endeavours, from his first disc of the ‘Hammerklavier’ op. 106 on harmonia mundi in the 1990s, which revealed him as one of the future great pianists of his generation, to his set of the concertos conducted by Philippe Jordan and a second version of the ‘Hammerklavier’. In 2008 the festival Le Printemps des Arts de Monaco offered him the opportunity of performing a complete cycle of the Beethoven sonatas over a series of concerts in a single week, an experience repeated at the Cité de la Musique in Paris in 2009.